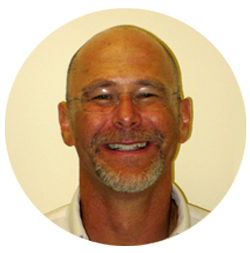 Dr. Gubernick, a native Floridian, spent the first 17 years of his life in Miami. After attending the University of Florida, he headed north to Philadelphia where he received his Doctor of Podiatric Medicine degree from Temple University. He then completed his surgical residency at the Massachusetts General Hospital, a Harvard teaching hospital. Knowing he would always come home to the Sunshine State, Dr. Gubernick moved his family to Martin County and has resided here and practiced with Treasure Coast Podiatry since 1990.

Dr. Gubernick’s professional interests include sports medicine and geriatric care. Having been involved in fitness since he was a teenager, he enjoys sharing his knowledge with fellow athletes and weekend warriors. Dr. Gubernick believes his patients should be involved in their treatment decisions and takes time to listen and explain options.

When not practicing podiatry, Dr. Gubernick enjoys spending time with his family, going to the gym, watching movies and reading.

Diplomate, American Board of Podiatric Surgery, 1992